Gila Monster has arrived at Hartley's 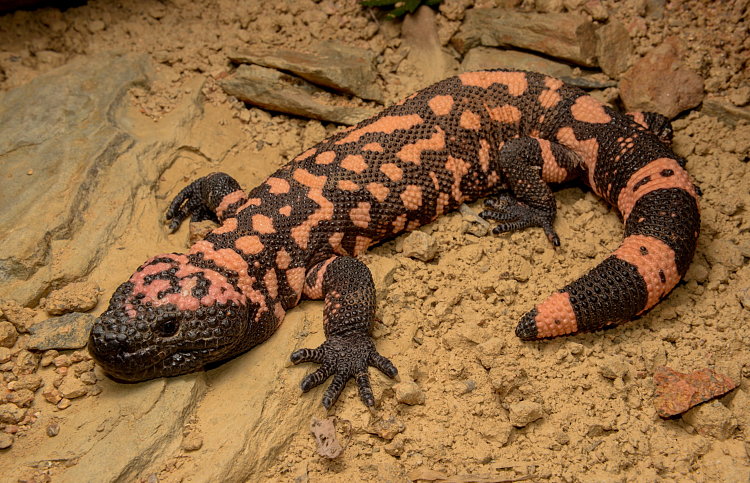 The latest animal to arrive at Hartley’s Crocodile Adventures is the spectacular Gila Monster.  This brightly coloured lizard is native to Mojave, Sonoran and Chihuahuan deserts of the southwestern United States and northwestern Mexico where its remarkable beadwork like scales have inspired indigenous artists for centuries.

It is one of only two truly venomous lizards found worldwide and is the largest native lizard found in the U.S, growing to an average of 60cm.   Bites from Gila’s cause excruciating pain with one report describing it as “like boiling hot lava coursing through his veins”, however, deaths are very unlikely.  This is the first time a venomous lizard has been on display in North Queensland.