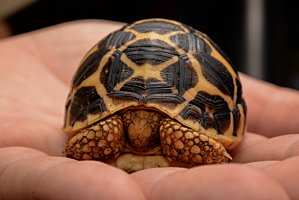 Hartley’s Crocodile Adventures has recently acquired the endangered Indian star tortoises which are a threatened species of tortoise found in dry areas and scrub forest in India, Pakistan and Sri Lanka. Indian star tortoises are popular based on their size, females grow larger than the males.  Females can typically attain a length of around 30cm and males only reach about 20cm in length appearance and personality.  This species is quite popular in the exotic pet trade, which is the main reason it is endangered.

The Indian star tortoise has amazing colouring with yellow lines radiating from the centre of each scute and contrasting with their black base colour, star tortoises are one of the world’s most attractive tortoise species. They also are not territorial.

The Indian star tortoise has been reported to live from 30 to 80 years. Captive star tortoises under proper care may live longer than wild tortoises, as they are not subjected to predators, droughts and fires which happen in their native habitats.

Hartley’s Crocodile Adventures hopes to in the future to be able to breed these endangered species to help in its survival should the wild population become extinct. 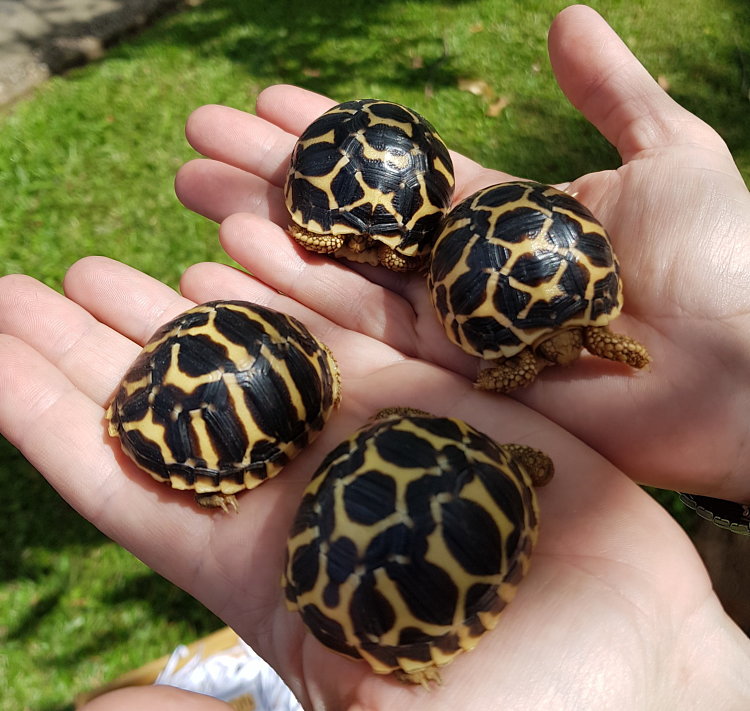